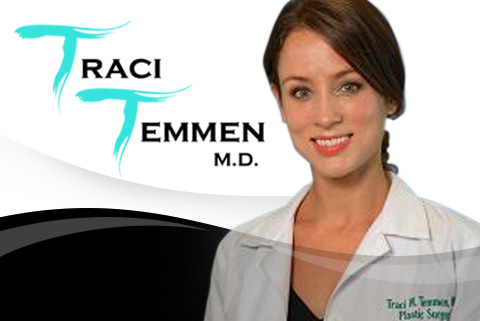 As the old saying goes, “Bigger is better.” Of course we think of our sex lives when we hear this, but have you desired the urge to get bigger breasts? Well a small study indicates that there is a much better perk to undergoing breast augmentation. Researchers found that women who had breast implants experience better sex.

Not every woman was built the same and you probably feel uncomfortable about them as much as the next woman, but many of us go through the urge to make a change for ourselves, and no one else. Brazilian researchers found that women who had breast augmentation saw a boost in their arousal and sexual satisfaction following their procedure.

The study included 45 participants who planned on going under the knife for breast augmentation determined their sexual desire and satisfaction in a survey before surgery. The patients were then asked to retake the surgery in two, four and 18 months following the procedure to discover changes of improvement. There were 36 who reported having a better sex life at four and 18 months after surgery, noting levels of improved arousal and satisfaction.

Better Sex After a Bigger Bustline from Self Effort, not Confidence

It has been said before that confidence is a big achievement of breast augmentation for women. Not all women wish to gain a boost of confidence, but it is not always attained. Colorado College psychology professor Tomi-Ann Roberts defines that women who made the investment in themselves felt they have made an accomplished effort in pleasing their significant other. The reassurance gathered from their lover in the bedroom makes women feel more at ease with their appearance and sends their sexual arousal to the limits never experienced before.

This is not the first study to show signs of satisfaction improvement. According to a report from the American Society for Aesthetic Plastic Surgery, researchers gathered that sexual benefits for women and their partners were most pronounced in those who underwent body procedures such as breast augmentation and liposuction. While women who underwent facial procedures did not report much change in their sexual satisfaction or relationships.

Plastic surgeons find it normal for women to feel more confident with their appearance that is more fitting to her persona. Breasts play a major part in a woman’s life, but they are not always the desired volume or shape that we want. Thus breast augmentation is the option likely to change this for the better of an individual’s preference. There are many things to look forward to as you spice up yours and your partner’s life in the bedroom. Not to mention the endless ability to promote a healthier mindset following sex, including:

Many women believe that the pain of going under the knife is not worth getting bigger breasts. Like all surgical procedures, there is a certain level of rest needed to recover from the body alteration, but the benefits are far more rewarding. Women who have run out of options to spice up their sex lives may consider breast augmentation. Visit your board certified plastic surgeon Traci Temmen and learn what breast implants can do to change your life.